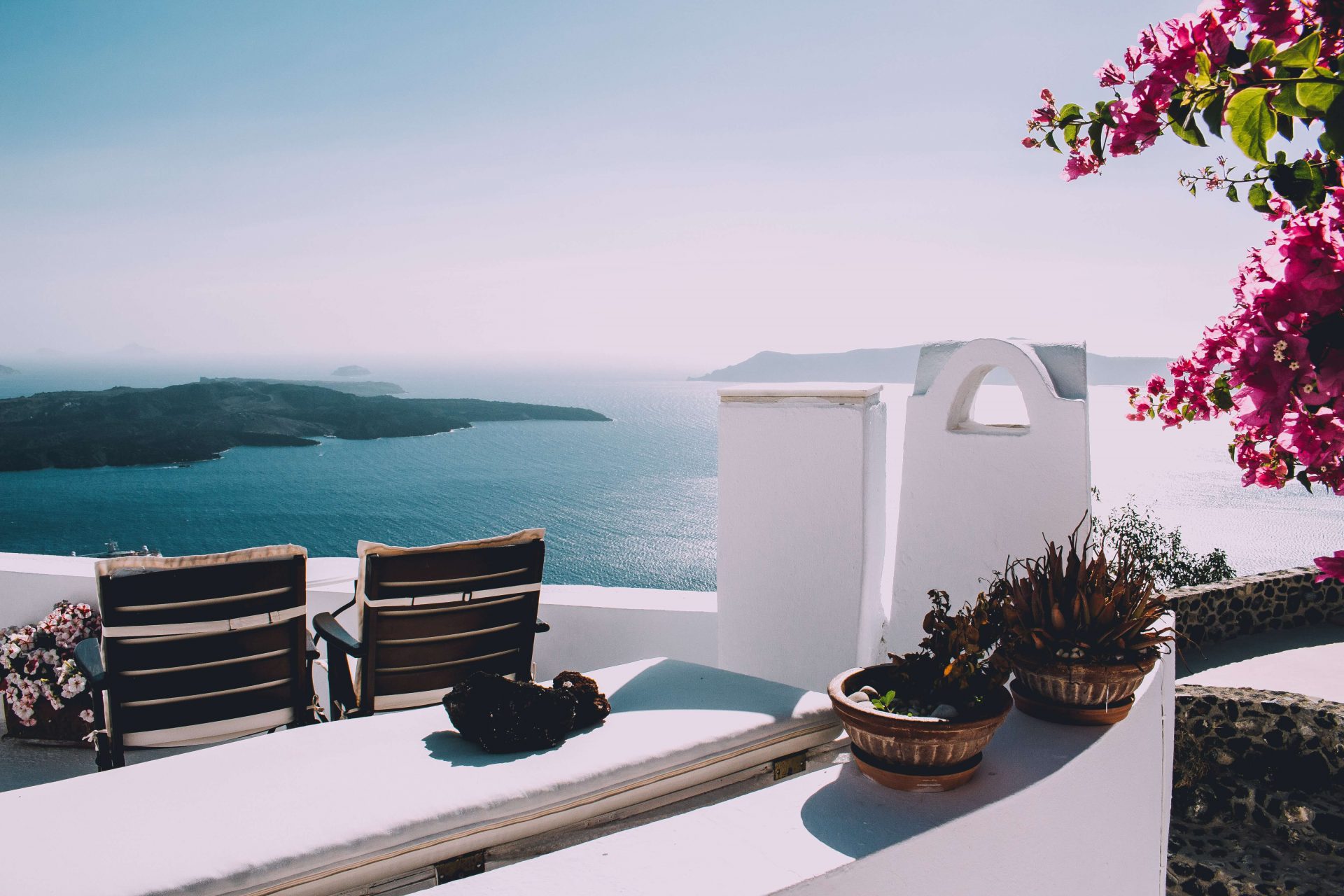 At 5B Five Bravo we are the premier Corporate Services Provider in Cyprus, providing the highest levels of service to our clients, at the most competitive rates available among Tier-1 providers on the island. Our professional team is committed to consistently surpassing our clients' expectations and consequently we have, won the trust and business.

Few international business centres can offer tax advantages similar to those available from the Cyprus taxation regime, making Cyprus one of the most attractive onshore tax jurisdictions in the world. With its accession to the European Union (EU) in 2004, Cyprus has evolved from an offshore tax haven, to one of the world’s foremost financial centres. With it’s privileged geographic location, and with the combination of favourable business taxation incentives and an extensive network of double tax treaties, Cyprus has become the world’s bridge between East and West, North and South.

In a recent KPMG survey of more than 400 tax professionals from companies across Europe, Cyprus was rated as the most attractive tax regime (with a net attractiveness score of 90 percent), followed by Ireland, Switzerland and Malta. The net attractiveness score for Estonia was 71 percent and for Finland, rated number six, the net score was 66 percent. “As can be seen from the final ranking, smaller countries tend to have more attractive tax environments. In those countries, the state is more motivated to create a simple and efficiently managed tax system to attract investors”, commented Joel Zernask, Tax Manager at KPMG Baltics AS.

Cyprus, being a full member of the EU, participates in the EU’s internal market where there is free movement of goods, services and capital, and citizens are able to conduct business, travel to, and live in Cyprus with no legal restrictions. The offshore tax haven regime which existed until 2005 is no longer in place, and was replaced by a new EU-compliant tax regime offering one of the lowest rate of business taxation in the EU, being 12,5%.

Cyprus is also a full member of the Eurozone since 1 January 2008, further confirming the country’s macro-economic stability and its commitment to low inflation, low interest rates and high growth. Due to its attractive personal and business taxation regimes, Cyprus is a highly favourable tax planning jurisdiction.

Cyprus Holding Company Commonly stated as being the easiest exit route out of Europe, and also used extensively in combination with emerging markets such as Russia and India. Dividends from subsidiaries can be received in most cases free of withholding tax and in most cases exempt from tax in Cyprus. Disposal of such shares can be made without any tax consequences, and dividends can be paid by the company without withholding tax.

Cyprus Royalty Company Many license holders choose to use Cyprus for royalty routing structures because it offers no withholding taxes on the payment of royalties (provided that the rights are exercised outside of Cyprus), tax is only paid on the license fee retained by the Cyprus company, Cyprus has a worldwide network of Double Tax Treaties (DTTs), the EU Directive on Interest and Royalties providing for nil withholding taxes between EU countries is applicable and the corporate tax rate is 12,5% which is among the lowest within the EU. Cyprus Investment Company Gains on the sale of securities are exempt from tax in Cyprus and dividend income is also exempt in most cases (subject to certain provisions). Dividends can be paid by the company without withholding tax. Cyprus Finance Company Main activities can include, but are not limited to group financing, whereby interest income can be received subject to zero or minimal withholding tax in accordance with the provisions of the EC Interest and Royalties Directive or under Cyprus’ extensive network of DTTs. Interest pay ments are made free of withholding tax and the net profits from financing activities are subject to 12,5% corporate tax.

At 5B Five Bravo we are the premier Corporate Services Provider in Cyprus, providing the highest levels of service to our clients, at the most competitive rates available among Tier-1 providers on the island. Our professional team is committed to consistently surpassing our clients’ expectations and consequently we have, won the trust and business of:

Why should you work with 5B Bravo Five?

Trustworthiness You can trust that your business is in excellent hands with 5B Five Bravo. Approximately 25,000 Cyprus entities are formed each year by foreign investors, significantly more than any other onshore tax jurisdiction in Europe, specifically the Netherlands, Luxembourg and Malta. The administration of these companies in most cases is entrusted to Cypriot corporate services providers, legal, or audit firms. Unfortunately, the Corporate Services industry in Cyprus is unregulated and laden with abuses. Such abuses in addition to the increased scrutiny from world governments, has created risks to tax planning structures which are often not communicated to client’s advisers and international tax planning professionals. As a result, clients are exposed to risks they are not aware of. Service Minded Approach A major advantage of using 5B Five Bravo over a Cyprus law firm or Cyprus accounting firm is the fact that we can provide you with sound, reliable Cyprus tax and VAT advice, and have a team of competent qualified Chartered Accountants to look after the preparation of Financial Statements and audit facilitation of your Cyprus structure. This approach more often than not results in lower fees for the client, and more importantly a higher quality of service. Unique Services In providing high level Cyprus taxation advice we understand the need to pro-actively develop an appropriate tax litigation strategy as each transaction is being planned and implemented. Most Competitive Fees in Cyprus In establishing our fees we undertook an extensive fee study of over 70 of the leading corporate services and legal services providers in Cyprus. We have strategically set Savva & Associates fees to be the most competitive among tier-1 providers in Cyprus.

In March 2014, Savva & Associates (S&A) was granted a license by the Cyprus Securities and Exchange Commission (CySec) to act as an Administrative Services Provider (ASP) under license number 29/196. S&A holds a full ASP license, meaning it is authorized to provide the full spectrum of administrative services provided to international clients setting up Cypriot structures. At present, there are only 150 licensed ASPs in Cyprus, which is in sharp contrast to the approximately 1,000 service providers currently operating on the island. The majority of service providers operate solely on the basis of a license from the Institute of Certified Public Accountants of Cyprus (ICPAC), or the Cyprus Bar Association (CBA). CySec is the independent public supervisory authority responsible for the supervision of the investment services market and transactions in transferable securities carried out throughout the EU. CySec was established in accordance with section 5 of the Securities and Exchange Commission (Establishment and Responsibilities) Law of 2001 as a public legal entity. CySec’s mission is to exercise effective supervision to ensure investor protection and the healthy development of the securities market. The current supervisory framework for the regulation of administrative services has been designed, on commission by the Cyprus government, to ensure:

The ASP Law (the Law) was introduced in December 2012 (Law 196(I)/2012), regulating the provision of administrative services, however resulted in the exemption of most corporate services providers, as indicated by the above statistics. Based on the firms’ ownership structure and not their services, all administrative service providers which are members of the ICPAC and CBA, are exempted from this important Law. Exempted persons are bound by the Directives and Codes of Conduct issued by ICPAC and CBA respectively, however there are compelling differences among the three regulatory frameworks of CySec, ICPAC and CBA, which can be briefly summarized as follows:

These disparities have driven most services providers to change their ownership structures and withdraw their application to CySec as a means of escaping the provisions of the Law. It is worth noting that pursuant to the Law, members of ICPAC and CBA have the option of filing an application to operate on the basis of a license issued to them by CySec just like ASPs. In reality, very few members actually pursue this route and prefer, often for convenience, to operate solely on the basis of their respective licenses issued by ICPAC and CBA. Taking the above into consideration, we urge all potential clients and associates to consider the added protections and safeguards afforded by CySec licensed ASPs, which must strictly observe the ASP Law and CySec regulations regarding the same.